What does a mayor do when s/he is ousted from office by term limits? Why not run for another office that’s a bit more lofty, let’s say President of the United States. That’s what Pete Buttigieg, former mayor of South Bend, Indiana is doing, and he’s currently among the front runners. Why couldn’t Naperville mayor Steve Chirico do the same thing?

There are a lot of similarities between the two. Both were elected to their first term as mayor in 2011, both re-elected in 2015, both have two ‘e’s in their first name, and both have last names that occasionally get mispronounced. Buttigieg is a little young (more inexperienced), while Chirico, is a little older (more mature and wiser). Both attended outstanding universities; Buttigieg Harvard and Oxford, and Chirico Northern Illinois University. There is little doubt that NIU’s football team could pound Oxford into the turf.

Chirico is a successful business owner getting his start owning a small tile shop, while Buttigieg once walked into a tile shop having no idea what he was looking for. (Never end a sentence with a preposition). Two presidents got their start as business owners (the Bush presidents), and President Donald Trump comes from a business background, so Chirico would fit right in (again no prepositions to end a sentence).

There are some major differences between Buttigieg and Chirico. If Chirico was elected President in 2024 he would be the same age as was George W. Bush, and Zachary Taylor when they were elected. If Buttigieg gets elected at age 37, he’d be the same age as famous deli owner Bernie Chatzky. Also South Bend’s population is only 102,000, while Chirico’s Naperville is over 140,000.

Can a mayor actually get elected President? Calvin Coolidge, Grover Cleveland, and Andrew Johnson would say ‘yes’ if they could. So again, why not Mayor Steve Chirico? 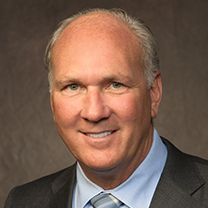 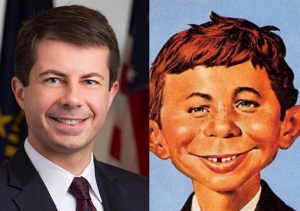 3 Responses to “Why Not Naperville Mayor Chirico For President”