It’s over and it ended exactly like everyone expected. It didn’t end like it does in the movies when the good guys win, and the bad guys lose. It ended like it does when someone stands up against city hall, and city hall pounds him into submission. That’s exactly what happened during the most recent referendum hearing regarding a do-over vote for changing the way Naperville elects its officials. In 2010, 28,238 residents voted to change our council representation from an ‘at large’ format to a mix of ward representation with some ‘at large’. In essence this would make it easier to elect qualified, informed and responsive council members, and eliminate ‘clueless’ council members along with resident-unfriendly current members. It was a landslide vote winning by a two to one ratio. This was a major blow to the then Naperville city council. However, Naperville city officials were successful in delaying the implementation of the voter’s victory until the year 2015; a full five years after the vote. It’s amazing that if the city wants to physically force a device on a resident’s home, they can do so immediately by cutting the lock on your fence, forcing their way onto your property, installing an unwanted device, handcuffing the homeowner, hauling them off to jail, with little if any regard for children or pets left behind. That happens within minutes, but it takes five years to implement the results of a vote.

By stalling for five years, it gave Naperville officials, an opportunity to help support (via the Naperville Electoral Board)  a referendum for a do-over vote this spring.

This is the same Naperville Electoral Board that was cited during the last referendum hearing by the State of Illinois for violating the freedom of information act. (FOIA). Even though the board was involved in wrong-doing, they get to do it again, and it looks as though they may be cited again for the same violation in this referendum. The Naperville Electoral Board consists of Mayor George Pradel, councilman Doug Krause, and city clerk Pam LaFeber. It was also the same attorneys but this time representing opposing sides. It’s like deja vu all all over again. 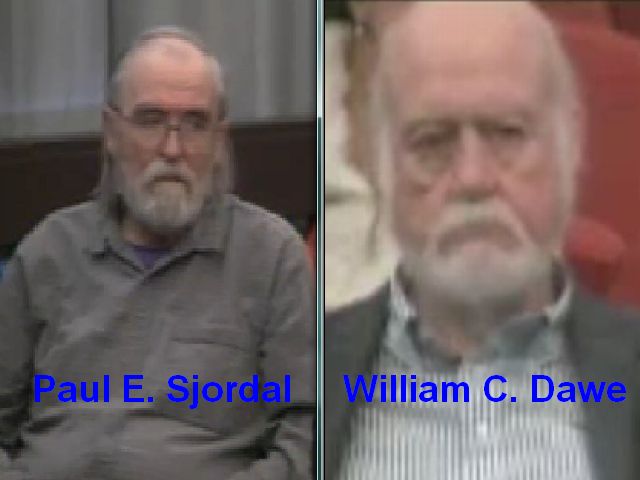 For a moment I thought I was in a flux capacitor, when I noticed the objector to the referendum  looking similar to last year’s referendum objector. Could it be there is a  Professional Objector’s Association.

Watch and listen to the following video clips regarding how Naperville Electoral Board member (councilman Doug Krause) deals with moving the hearing along quickly. The first clip is during this week’s referendum hearing when Krause “loses it” interfacing with Ibendahl because Krause feels Ibendahl is wasting time. Yet in the second clip, from last year’s smart meter vote referendum, Krause has no problem letting attorney Kevin McQuillan fumble with papers with time passing.

5 thoughts on “Time…It’s All Relative”