Naperville councilman Paul Leong is not accustomed to being on the receiving end of the mantra that life is not fair. As a councilman, he typically is the one telling others what to do, and passing judgement on what’s fair and what isn’t. According to Leong, getting his car towed was not fair. Watch and listen as he conveys his tale of woe, probably hoping to catch a sympathetic ear from a council member which didn’t happen:

We’ve all been on the wrong side of fair, at one time or another, it’s how we respond to adversity that reflects character. Leong was 10% of what happened to him (getting his car towed), and 90% how he responded to it, bringing it up during the council meeting. To what end? What was the purpose? Didn’t seem like a wise move on his part. Whining and complaining about confusing signage is seldom a smart strategic move.

Leong’s solution to the problem is to take a more graduated approach of increasing fines. How exactly would that work? He defines towing people without notification as a draconian measure. It’s only draconian if you’re the one being towed. 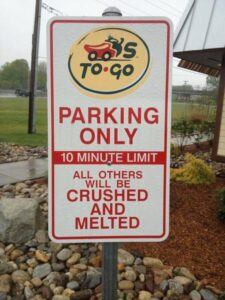 How about the old-fashioned solution, keep it simple, don’t park where you’re likely to get towed.

3 thoughts on “Councilman Paul Leong, My Car Got Towed”