Naperville city council meetings are often boring at best, or very boring at worst. Topics are dull and presentations qualify as sedatives. It’s easy for the mind to wonder, and now with Naperville using the ‘Holllywood Squares’ style Zoom platform during COVID-19 it’s easy to focus on anything other than what is being said by council members. I found myself looking at the backgrounds of where they were sitting, and getting caught up in extreme ‘close-ups’ of the council members. Some of Watchdog’s observations and deep thoughts included: 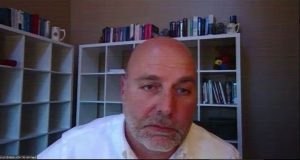 Is this a mug shot or severe indigestion? And why are books piled on the top shelf, while cubes on the left are empty? It’s the same shelving that Brodhead and Sullivan have. Was it a quantity discount at IKEA? 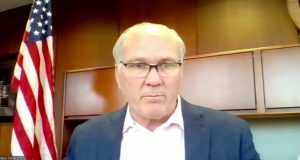 The 1950’s called looking for their cabinets. The mayor looks mesmerized. What does he know that he doesn’t want us to know? 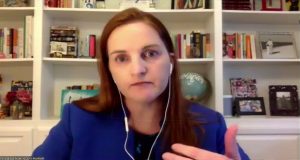 Yikes, never use a glycerin suppository before a Zoom platform meeting. There is that white IKEA shelving again, and why is China facing out on the world globe? 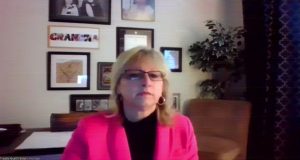 This can’t be in Gustin’s home; no pictures of her on the wall. 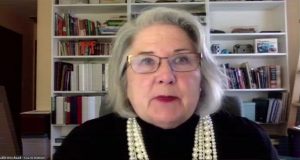 More white shelving,it must have been a fantastic quantity discount. I wonder if any book has been off the shelf in the last 20 years. 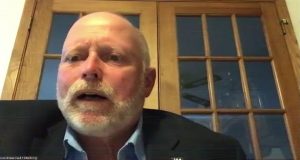 Is Hinterlong beginning to look more and more like Krummen. The best nostril shot of the bunch. Are those 20-foot windows behind him?

Is that a ceiling-fan umbrella over his head? And is that really Patrick Kelly or a look-alike sitting-in for him. 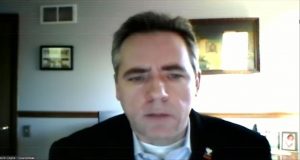 Is there anyone on the council in more need of a haircut than Coyne? 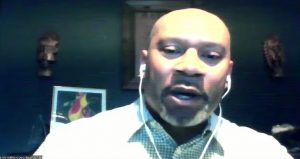 Is there anyone on the council in less need of a haircut than White? Is he in the basement of a funeral home? 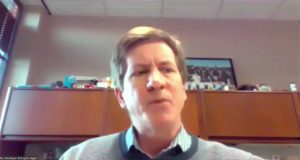 He finally gave up trying to look like Ming-The-Merciless. What’s up with all the clutter behind him? Is he moving in, or moving out?

Maybe in order for the Naperville city council meetings to become more interesting for viewers, the mayor would consider keeping council member microphones on, so we can get the full flavor of what council members are really thinking.