No Transparency Award For City Of Naperville In 2014

The ‘Sunny Award”, was awarded by the Sunshine Review which was a website prior to becoming its own non-profit organization. As of December 2013, the non-profit will not be releasing Sunny Awards on an annual basis. So though they have been doing it for just a few years, they pulled the plug, for whatever reason, and will now only review city websites and local governments “when requested, pending staff resources and availability of time”. That sounds like it wasn’t profitable. That also implies that if a city (Naperville) wanted to float a ‘few’ dollars towards the non-profit, they would be happy to pump out another ‘Sunny Award’ certificate for the City of Naperville to hoist during a public ceremony for city officials to sing and dance around. So even the award for ‘transparency’ isn’t really transparent. Basically the city is creating their own award. That’s brilliant. 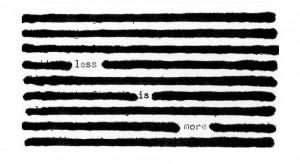 That’s like the City of Naperville policing itself, to see if they’ve been involved in any wrong-doing, only to determine, that they didn’t do anything wrong. Regarding the allegations of bullying, derogatory language being used, and drugs being taken at work conferences, chances are this is what the final report will look like when the City of Naperville gets done investigating themselves.

Another classic example of transparency by Naperville city officials.

If you go to the city’s website, you can’t find out if Naperville City Manager Doug Krieger has completed the city’s harassment prevention and diversity awareness training following remarks that were made in January and involved an “off-color joke,” as reported by the Chicago Tribune. It cost Naperville residents $5,000 (about 4-cents each) for this transparent transgression, and I still haven’t received my 4-cents worth, by at least hearing Krieger’s ‘punchline’. Now that’s not transparent.

For the ‘love of Naperville’, Mr. Krieger, please let us know if you have satisfied this training, or if one of the city officials simply filled out a form ‘saying’ that you ‘completed’ the training. Wink wink.