Over 4000 citizens signed petitions opposing the installation of Smart Meters in Naperville. One person objected to those 4000+ citizen-signatures and petitions. When political posturing on the part of the Naperville city government machine completed rolling over Naperville citizens, one-person’s whims outweighed the wishes of thousands of dedicated citizens.  The vote of those citizens was denied. That vote will not be denied in the next Naperville city council election. Until that time, let your collective voice be heard this Sunday at the “Take back your power rally”. 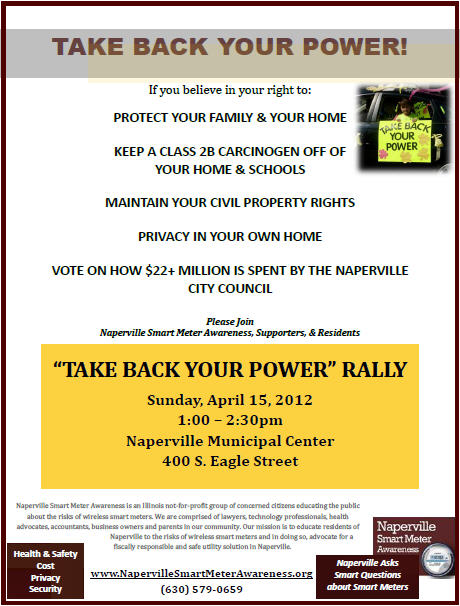 2 Responses to “Let your collective voice be heard”